So two weeks ago when we were all having a chuckle at Google ad sales people’s surprising faith in the future of scannable barcodes for tracking print ads, I wanted to post a few notable barcode arts & craft projects. As I commented on Sean’s post, geeky artists and are way more likely to increase the virtually nonexistant adoption of barcode cameraphone scanning in the U.S. than…uh…advertising—and it’s still a long shot.

But then I got extremely distracted by the primaries, so I never posted it. Well, now that Super Tuesday is over and our hopemonger (best new word ever) is finally ahead in the delegate count of everyone except The NYT (which seems to be refusing to count even one more delegate until Hillary starts wining), voilà! 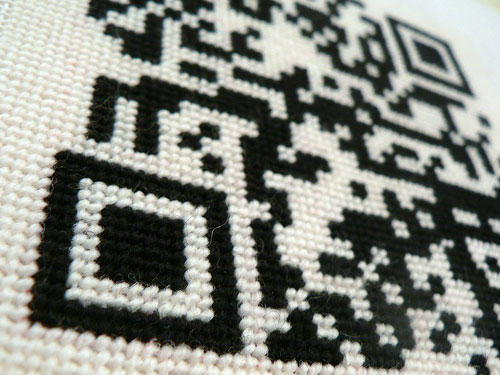 This awesome needlepoint QR code by tikaro apparently uses semapedia to point to the wikipedia article on pillows [via craft]. 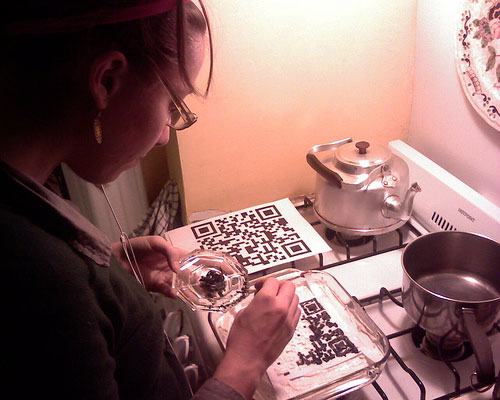 Flickr user Magitisa must have an incredible amount of patience, because she stenciled a QR code onto a cake [also via craft]. 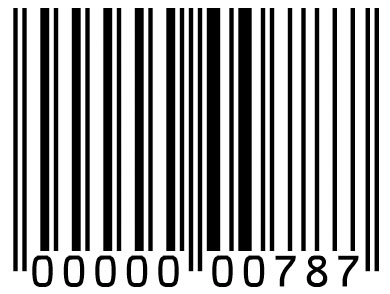 In case you forgot what barcodes used to look like, there’s the non-cameraphone-compatible Every Barcode animation by the barcode-obsessed Scott Blake of Barcode Art. He’s got plenty of other barcode goodness, but Every Barcode is definitely the best—how can you beat a flash animation that cycles through all 10,000,000,000,000 possible barcodes (if you let it run for ten years, that is)? 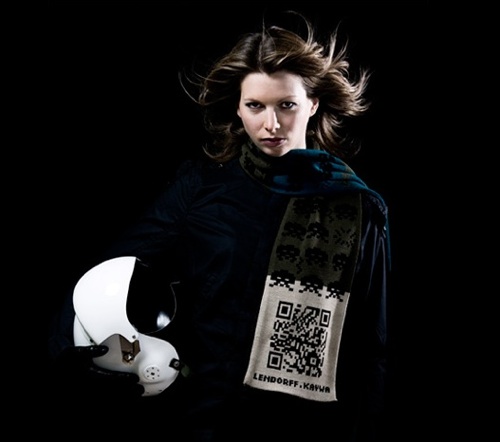 This extremely geeky scarf, made by a strange collaboration between British knitwear designers Office Lendorff and “mobile enthusiasts” (although it’s not really clear what they do when not encouraging knitwear enthusiasts to knit QR codes onto scarves) Kaywa features a secret QR code knitted below a pixelated Space Invaders pattern. According to one purchaser, the code reads “insert coin for new life.”

eRuv: A Street History in Semacode 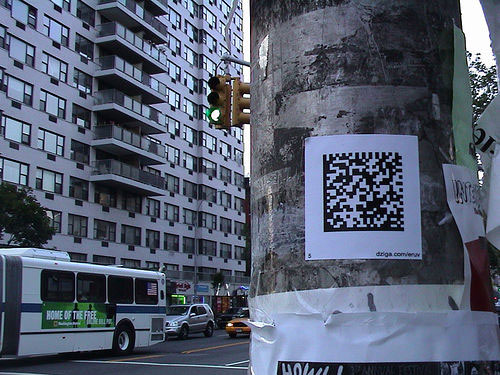 And, of course you all remember the previously kenspeckle eRuv project, in which Elliott Malkin bravely plastered the Lower East Side with semacode posters that pointed to old photographs of the former Third Avenue El.