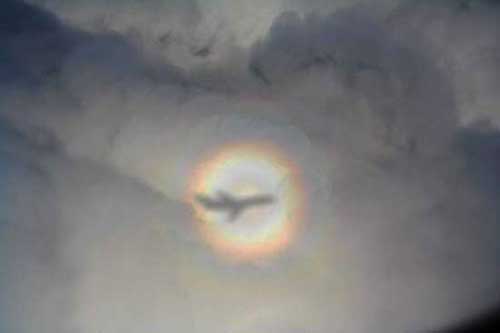 No, I’m not about to get all socio-philosophical on you. I actually saw an optical illusion called a glory about a month ago and didn’t even realize it until today!

Earlier this afternoon I was reading up on the science behind rainbows and wound up at the wikipedia article for glory—a tiny circular rainbow, which wikipedia explains is “most commonly observed while airborne, with the glory surrounding the airplane’s shadow on clouds.”

Sounded like an awesome sight, but I didn’t think much of it until a few hours later as I was going to add a soundtrack to some silly airplane-window footage I shot about a month ago on a plane ride back to New York after visiting my folks in Florida. And would you guess what I saw reflected on the clouds for about 8 seconds of my video? A glory!

Check it out: Very faintly expressed, but decidedly visible just to the right of the center of this screenshot. If you can’t see it, lean back from the monitor and try to look for the plane shadow first, then the rainbowy aura around it. 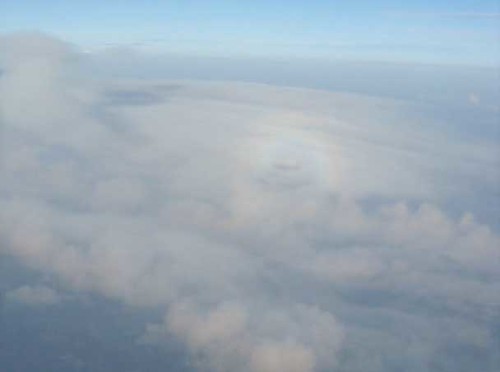 Much harder to see in the video, but take a look anyway. It helps to view full screen and lean back from the monitor a bit. The rainbowy awesomeness is most obvious around 0:05 and 0:06.

glory in the clouds from Lauren Sperber on Vimeo.

Embedded video doesn’t work in some RSS readers, so you may have to visit the actual post to see the video

So much for my brush with glory. Here are a few spectacular glory photos from Atmosphere Optics, a site devoted to the pretty illusions created from water and light: 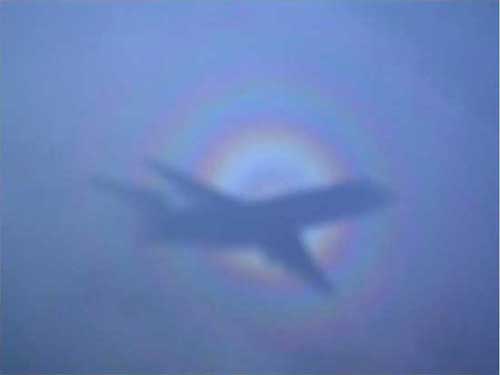 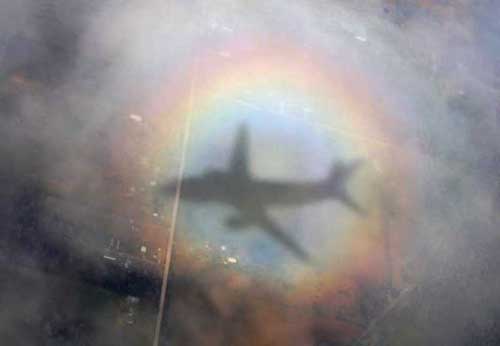 But even the best pictures of glories shot from planes pale in comparison to the utterly religious spookiness of those taken by lucky hikers, such as these: 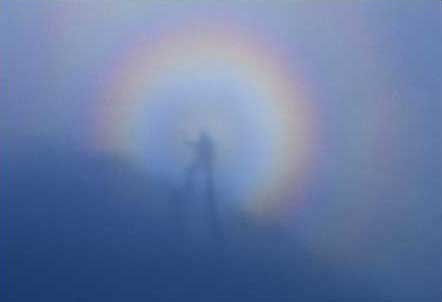 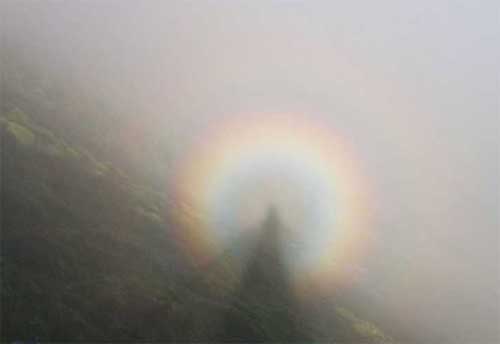 Atmospheric Optics has even more glory photos and some hilarious glory videos. The people who shot the first video were totally psyched!

Those of you so inclined should also check out this in-depth explanation of how glories are formed.